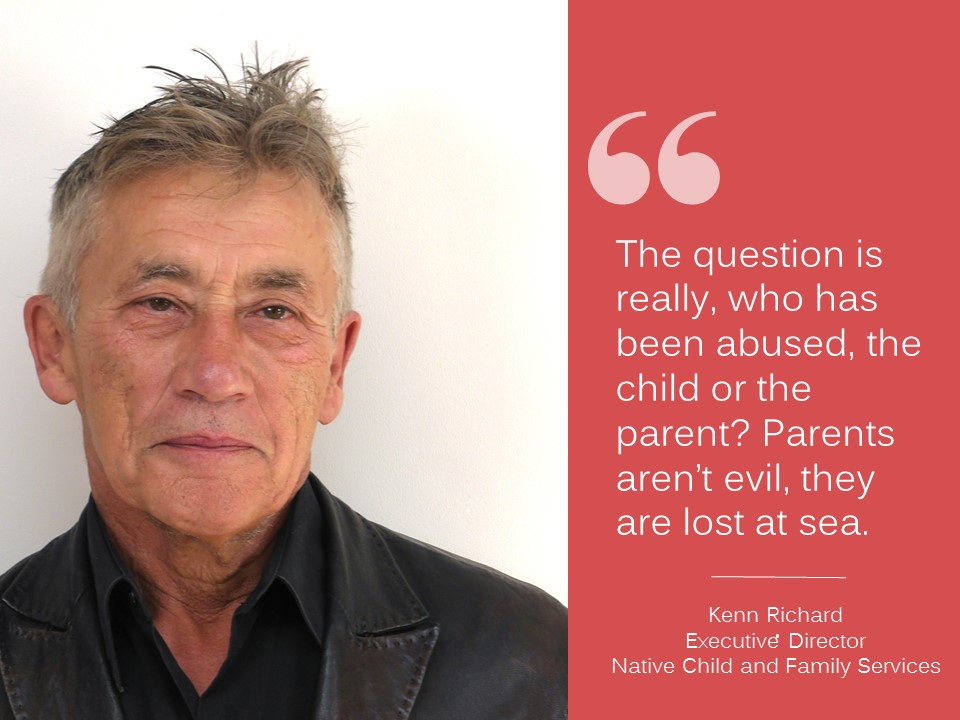 What insights can an Indigenous perspective contribute to our annual Child Abuse Prevention Month campaign?

The word child abuse implies that there is a wicked mother step-mother behind it. I wish it were that simple. What is really behind child abuse is a number of factors that are even more taboo to talk about than sexual abuse, such as poverty and the systemic abuse that has created traumatized parents through the generations. Child abuse is the result of huge trauma.

So in your view, larger issues are at play when it comes to child abuse, rather than “bad parents?”

Who is the perpetrator of child abuse in the Indigenous world? The parents who have been raised in a world of violence, who have inherited generations of trauma from the residential school system, or the 60s Scoop which is even closer to home, and who have been bounced around the foster system? The question is really, who has been abused the child, or the parent? Parents aren’t evil, they are lost at sea.

How does child abuse and neglect impact Indigenous communities today?

There are huge issues around being assaulted on reserves. And one sexual predator in a community can alter it forever. Through the Missing and Murdered Women’s Inquiry we will learn more about sexual abuse, which we know to be seriously under reported. But you don’t have to be emotionally or physically abused to be abused. Children living with protein deprivation and the lack of a stimulating environment, which is the reality for so many Indigenous children, are also abused.

What should a Child Abuse Prevention Month campaign look like for Indigenous communities?

The genesis of the abuse I am describing is not the psychology or pathology of parents, but the conditions that surround them. Child abuse is not our way. Our traditions have much to teach us about good parenting, with their focus on love, nurturing, and protection. There are so many holes in our system right now, that until they are addressed it is very difficult to talk about child protection or a child abuse prevention campaign.