Toronto remains the child poverty capital of Canada in 2016 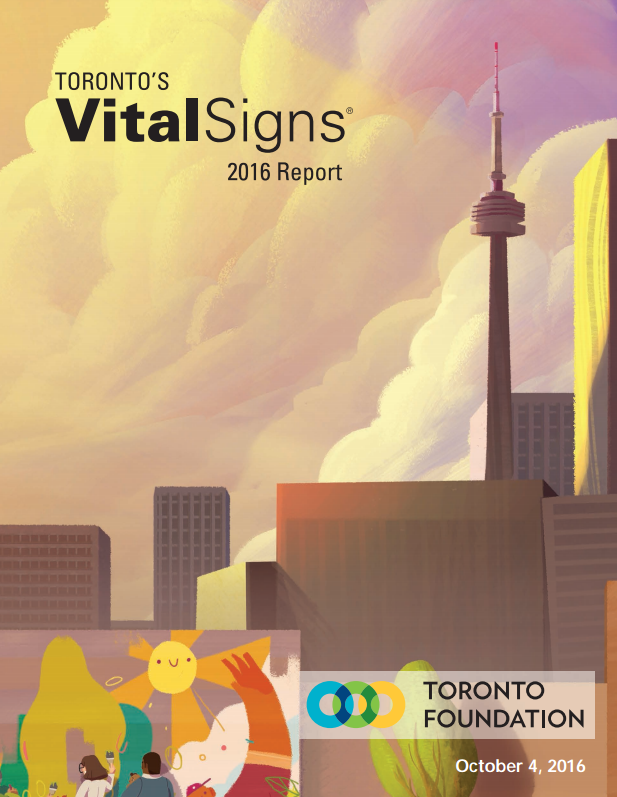 The 2016 Toronto Vital Signs Report, released last week by the Toronto Foundation, paints a grim picture of child and family poverty in the Greater Toronto Area (GTA). While Toronto scores high on many quality of life measures, it remains the “child poverty capital of Canada.” One in four children in Toronto is being raised in poverty, a number that has remained fairly consistent for the past two decades.

Despite these compelling statistics, child and family poverty remains “a hidden epidemic,” according to the Alliance for a Poverty-Free Toronto—a coalition of organizations that includes Children’s Aid Society of Toronto. Sharon Avery, President and CEO of the Toronto Foundation, explains that this likely due to the fact that “‘working poverty’ doesn’t look like a stereotype,” and therefore can easily be overlooked by the general public.

“Sometimes people assume that the worst problems are the ones that are in your face. This isn’t the case here. Children have homes, and aren’t often on the street,” Avery said.

Data is one key to finding solutions to the complex problem of child and family poverty. Its collection and analysis provide the foundation to solutions that are evidence-based, equitable and impactful. However, it’s critical to ensure the data is presented within the proper context and with sufficient analysis.

The type of approach to a complex problem like child and family poverty is also important, according to Avery.

“Poverty is an intersectional problem, so it follows that a cross-sector approach is the best way to create system-based, long term solutions,” Avery said. “Poverty is too big to tackle alone.”

Vital Signs is national program led by individual community foundations and coordinated by Community Foundations of Canada. Communities across Ontario have issued similar reports for 2016, including Grey Bruce, Kingston, London, and Sudbury.